Between Heaven and Earth: You, the Ladder

My spirit stirred with joy and excitement as Holy Spirit downloaded the truths to me that I am about to share with you. I scribbled so much into the margins of my Bible that day, that there was virtually no white space remaining on the page. If you want to fully understand this article, however, make sure and read my previous post. It is a critical introduction to this revelatory teaching.

In it, we talked about how Jesus both inhabits the high and holy place of Heaven, and dwells among us in our hurting world. We explored how His Spirit groans with the human pain in which He is immersed here. Today, we are going to delve into how He longs to channel His prayers for humankind through us, and how He will bring Heaven to earth through our surrendered lives when we partner with Him for this purpose.

Jesus did not become our Intercessor when He ascended to Heaven and sat down at the right hand of the Father. He occupied this office well before that point. In fact, His intercessory role underscored and saturated His entire mission as incarnate Savior.

The book of Hebrews describes His passionate lifestyle of prayer while here in the flesh: “During his earthly life Christ offered both requests and supplications, with loud cries and tears… and he was heard because of his devotion” (Heb. 5:7, NET). The gospels tell us of His frequent habit of withdrawing for hours of time alone with Daddy God for this purpose. Spending all night long in intercession was not uncommon for Him. 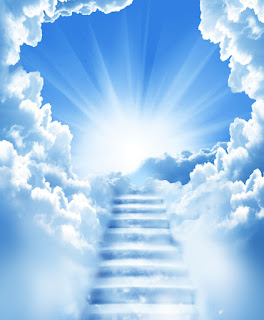 It was during this window of His time on earth that Jesus became the fulfillment of Jacob’s supernatural encounter at Bethel. Centuries earlier, God had revealed to Jacob His vision for connecting Heaven and earth: “And he dreamed that there was a ladder set up on the earth, and the top of it reached to heaven; and the angels of God were ascending and descending on it!” (Gen. 28:12, AMPC).

Jesus became that ladder. He Himself became the connection between the celestial Kingdom and this physical world. By acquiring a human body, He submersed Himself completely into the reality of the darkness and pain that had overtaken our planet since the fall of man. This is to say, He took up residence at the bottom of Jacob’s ladder, the earthly realm. From this position, He took up His ministry of intercession. He moved into place as the living bridge between us and all the fullness of Heaven.

At the very commencement of His ministry, He announced this intercessory function to his brand new disciples: “I tell all of you the solemn truth - you will see heaven opened and the angels of God ascending and descending on the Son of Man” (John 1:51, NET).

They immediately recognized His reference to Jacob’s ladder. With these words, He was proclaiming to them, “I have come to fulfill what has been promised for so long. I have come as the living portal to Heaven. Through Me, the glory of My Father’s dwelling place will collide with Earth’s suffering. Starting now, My Kingdom will come, My will be done, here at the foot of the Ladder, as it is at its top, in Heaven.”

Those men did not realize it at the time, but in that moment, He was inaugurating their training. He immediately began modeling for them the role that He would soon pass onto them. After three and a half short years of ministry, He would be handing them His intercessory baton. He would be declaring to them, “I tell you the truth, anyone who has faith in me will do what I have been doing. He will do even greater things than these, because I am going to the Father. And I will do whatever you ask in my name, so that the Son may bring glory to the Father. You may ask me for anything in my name, and I will do it” (John 14:12-14, NIV). 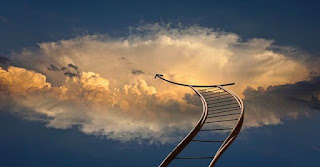 Of course, those words were not just for them, but for you and me as well. I am confident that you have heard this Scripture before, along with teaching that we will do more extensive, more mighty exploits than Jesus, as His representatives. However, did you ever notice the verses directly following? They are about prayer. The “greater things” that we are called to do have everything to do with our partnership with Him in intercession.

As He demonstrated for us how to become the connection between Heaven and earth, He has now beckoned us into that very role. He has now poured out His Spirit on us, to empower us to fulfill this commission on the earth, just as He showed us. We are to become living ladders, bringing the power of Heaven to earth’s vast needs through prayer. The activity of Heaven is to move up and down through us as we stand in the gap on behalf of the hurting and the broken. As we surrender to the Spirit of God, He will flow through us, connecting the high and holy place with the plight of the lowly:

“For this is what the high and lofty One says — he who lives forever, whose name is holy: ‘I live in a high and holy place, but also with him who is contrite and lowly in spirit, to revive the spirit of the lowly and to revive the heart of the contrite’” (Isa. 57:15, NIV).

Vessels of His Prayers


Holy Spirit has often pulled me into His powerful responses to the hurting world around me. The other day, it happened again. When I opened my phone to read the news, my eyes fell on a story of a public figure who lost her three-year-old daughter in a tragic accident. Even though I had never before heard of this individual, I burst into tears.

Someone observing from a natural perspective might have looked at me and assumed that I have an overly emotional personality, or was extra tired and on edge that day. However, I wasn’t. And I know better. This type of thing happens to me regularly, and I have learned to recognize it as the Spirit of Jesus interceding through me. 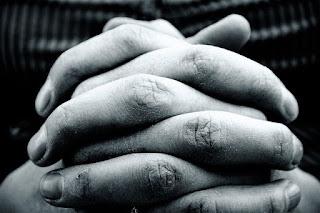 Holy Spirit aches with this woman’s pain, and not just with hers alone. Every single day, He hovers and broods over this world, involved intimately in each and every personal story. Every stab of emotional agony shoots through His heart. As such, He looks for willing Ladders who will allow Him to flow through them in prayer. As He experiences human pain acutely, He pours it out at the right hand of the Father in intercession through those of us willing to be His channels.

Understanding this, I have learned to pause when He begins to move in me this way. I let the tears come. I start to pray in the Spirit, allowing Him to well up in me with those groans that words cannot express. Once I give space to His expression, after a window of time (sometimes longer, sometimes shorter), the burden lifts. At that point, I know that He has accomplished in prayer whatever He needed to. Actual healing has been released into the earth through His intercession. My emotions return to completely normal, and I resume my usual activities.

Do you see that I did not have to “come up with” that prayer assignment? Holy Spirit coordinated, initiated, and executed the entire thing. All He needs, to bring Heaven’s answers to earth, is a surrendered, available vessel. He will do absolutely everything else.

Do you want to be His prayer channel? He is so eager to pour His redemptive life through you into the pain and suffering around you! You don’t need any special qualifications at all; not eloquence, not smarts, not charisma, not years of experience… only willingness. If you will offer yourself to Him today to be His intercessory conduit, He will take you up on the offer. He will begin to train you in the intricacies of recognizing and following His lead. Some indescribably wonderful adventures lie ahead as He begins to do new things in and through you, His living ladder!


Don’t miss the next installation of this series. I will be sharing some exciting specifics, addressing the “how to” aspect of partnering with Holy Spirit in His intercession for the world around us!

Does this teaching stir your spirit with hunger for more of Jesus? I'd love to send my posts to you regularly! Look for the "Subscribe by Email" button on the desktop version of this blog to receive them in your inbox :)