Airlifted Out: You Don't Have to Stay Down There!

Whether we realize it or not, we are living out our lives in the middle of a fierce combat zone. Many of us have not yet learned to discern the spiritual origins of much of the turbulence that comes into our lives. However, the spiritual battle that rages around us is incredibly real. “Our fight is not against people on earth but against… the spiritual powers of evil in the heavenly world” (Eph. 6:12, NCV).

When the Scripture refers to us as soldiers, Holy Spirit is not merely speaking metaphorically. We truly, legitimately ARE operating on a violent battle field. The sound of clashing armies resounds all around us.

Awareness of the war zone we are in will not cause fear to arise in our hearts if our gaze is fixed on the One who is invisible! He is God Almighty, and the demons tremble at the mere mention of His name on the lips of one who walks closely with Him. With a mere blast of breath from His nostrils, He could slay every last one of His enemies in the blink of any eye.

He is calling us up higher. He is inviting us to fixate on Him in all of His glory and splendor. As we do so, filled with the confidence of Who He is inside of us, we will find ourselves beginning to rise above the demonic activity happening around us.

So much of our Christian life is a training ground for growing in effectiveness as warriors. In this post, I would like to explore one of the most vital aspects of this training: learning to ascend. In order to operate from the place of victory that Jesus purchased for us with His blood, it’s absolutely essential that we learn to go up higher in the heavenly realms. 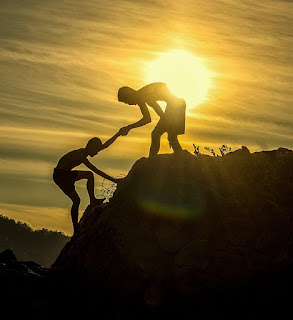 A Dream and a Vision: Airlifted Out


Holy Spirit graciously and generously provided an amazing visual illustration of this principle, through my dear friend Hannah Mattner. With her blessing, I want to share with you a life changing encounter she had with Jesus. These are her words describing a dream that she had, which was fraught with spiritual warfare:

“I started to literally see the spiritual realm, so clearly, and I was seeing demonic faces… I felt fear, because what I was experiencing was incredibly overwhelming. There was SO MUCH happening that I suddenly was seeing, feeling, hearing, and understanding. It was scary, intimidating… The demons were attacking me. I screamed at the top of my lungs, shaking violently. A demon came out of nowhere right up to my face…”

At that point, Hannah woke up, affected throughout her whole being by the impact of the dream. She then describes:

“It was 1:26 am and I was sweating. I remembered the whole dream and the demon’s face was embedded in my mind. I put my worship on...”

This is where her Holy Spirit combat training kicked in. As she was now awake, He transitioned her from the intense dream into a vivid vision. Through it, He showed her how to move up out of the fray and into victory:

“Then I had this vision of me being in the room from the dream (where it ended) and He plucked me up with His hand, airlifting me out of there – it felt like I was floating. He brought me up so high in the sky, above the clouds, where it was quiet, tranquil, peaceful, beautiful and bright. I was so calm and at ease, and I could feel His presence all around me. His light shining so warm and bright, He illuminated everything.

“He told me to look down, and when I did I saw a layer of clouds. Below them it was dark. I could see all of those demons, the enemy’s whole operation, running rampant, doing their work. Holy Spirit told me, ‘They can’t come up here. They’re powerless to you when you operate from here. You have the power and authority to be here, which is where I want you to be. This is where you fight from.’

“And with that I felt so much at rest. I realized just how small satan and his demons were from being up so high. The enemy had no power unless you fought at his level.”

Seated With Jesus Far Above Every Demon


God couldn’t have made His message more clear. Hannah shared this experience with me nearly two years ago, and over and over, it has come back to my mind. I am convinced that her vision illustrates one of the most crucial revelatory points that we need for victorious living. God wants us occupying the higher place! 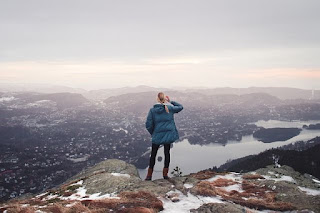 Spiritually speaking, we have already obtained the higher position. God has already placed us there. “For he raised us from the dead along with Christ and seated us with him in the heavenly realms because we are united with Christ Jesus” (Eph. 2:6-7, NLT).

This is actually rather mind-blowing if you think about it. We are seated with Christ. To understand what this means, we need to know where His seat is. Wherever He is seated, that is where we are too. Just nine verses earlier, Holy Spirit reveals the answer: “[The Father] raised him from the dead and seated him at his right hand in the heavenly places, far above all rule and authority and power and dominion…” (Eph. 1:20b-21a, ESV).

Jesus has won the position far, far above every demonic power! And the Father has resurrected you from spiritual death and positioned you right there with Him. You, too, are seated high, high above every spiritual enemy that has ever hated you! That is astounding!

Even as astonishing as this good news is, though, I still found myself with a question in my heart. I asked the Lord, if I am seated far above every demon, why does it often still feel like I’m right in the midst of the fray? Even this same book of Ephesians, a few chapters later, is coaching us on the vital importance of spiritual armor. Why would I need armor if I weren’t in the fray?

Simultaneously Above and Beneath


This is one of those biblical mysteries that we can only understand through the Holy Spirit’s communication to our spirit. It’s a both/and principle. We are both seated high above, and we are still in the fray, fighting the good fight of faith. We are both already high above, and we need to ascend. We find the concept of moving up to a higher place in spirit frequently throughout Scripture. Here are a few examples to meditate on:
Ascending means locking our focus on the Lord of Angel Armies. As we connect into the reality of His matchless, glorious, untouchable rule over everything that exists, we will find ourselves immersed in the atmosphere of heaven.

God is simultaneously present in both the heavenly and the earthly realms. So are we. Our bodies are on the earth while our spirits are one with Jesus, seated with Him. The more we learn to focus on “the things that are above” (Col. 3:2), the more we will learn to operate increasingly from our superior spiritual position. More and more, we will fight from the place of victory rather than trying to meet the devil at his lower, defeated level. 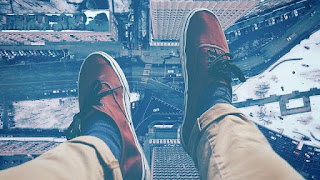 Just as the Israelites had to move into and occupy the land that God said was already theirs, so we too are learning to occupy the heavenly position He has purchased for us. He has already made it ours. However, we are still learning to walk in the fulness of what is our own.

This is why we need the Holy Spirit’s constant tutelage. “We have received… the Spirit Who is from God, [given to us] that we might realize and comprehend and appreciate the gifts bestowed on us by God” (1 Cor. 2:12, AMP) It’s His job to teach us all things. He is our combat trainer. He is training our hands for war and our fingers for battle. He is teaching us to ascend. He is teaching us to fight from higher ground, from the place of victory.

About a year ago, I was in the midst of some exceptionally intense warfare. It was one of those seasons where nearly every day was a painful struggle. In the middle of everything that was going on, Holy Spirit spoke gently to my heart. “You don’t have to stay down there,” He said. “Come up here with Me.”

The battle is real. We are in it. Yet, in Him, we are exceedingly elevated above the skirmish even as our bodies are in it. Even as our boots are on the ground, our spirits are united with Christ high above any demonic name that can be named on the earth.

Today, ask Holy Spirit to open your eyes to your breathtaking position seated with Jesus. When you learn to operate from the place of victory that is yours, it will make all the difference in the world.

He’s ready to airlift you out!

If you would like to better understand how to go up higher, you can find more on that here.
To get encouraging posts like these in your inbox, you can subscribe here.

Posted by Jenn Arimborgo at 3:21 PM