“And you will hear of wars and rumors of wars; see that you are not frightened or troubled, for this must take place, but the end is not yet.” (Matt. 24:6, AMP).

When you hear news reports suggesting the possibility of North Korea setting off nuclear destruction, what is your inner response? In Matthew 24, Jesus prophesies the violent turbulence of the end times. We have already arrived in the period He is describing; we cannot ignore the signs that practically flash this message to us in neon lights. However, in the midst of all the turmoil, He explicitly commands us, “See to it that you are not afraid.”

There are two very distinct ways to live life in this current chapter of God’s unfolding story. The default option is to glue ourselves to the glowing television screen and allow it to interpret reality for us. In doing so, we can make the choice to daily devour the servings of fear, suspicion, and dread that the mainstream media constantly serves up. In essence, we can spend our days in anxiety and unrelenting nervous apprehension of the world as we know it unraveling before our eyes.

Alternately, we can embrace God’s perspective and live out each moment as if this were the most exhilarating human era to be alive in all of history! Because it IS!!

The further we advance along the developing timeline, the more God is going to ask of us that we choose the latter. In this critical time, as His calendar is put on display, He is calling us to rise up and live above fear.

Are We Making Any Progress?


A few years ago, I was grappling with a question that had been troubling me at the edges of my mind for some time. Musings on the need to re-dig spiritual wells that had become obstructed circled through my thoughts. I brooded over the task of taking our cities for Jesus, when oftentimes they had already seemingly been taken for Him before. What about cases like the church in LA crying out for revival? I wondered. Just over a century ago, the fires of Azusa were burning brilliantly in that very geographical location! Do they need to now retake the same territory? Was all that progress lost?

So I asked God about it. “Lord, are we just re-doing, in every generation, what’s been done before? Or are we actually advancing, making some headway, achieving some forward movement?”

He answered me by reminding me of a dream that He gave to a pagan king thousands of years ago. For whatever mysterious reason, He decided that He would give revelation of the end times to a ruler who worshipped demon gods. As the prophet Daniel explained to him, “There is a God in heaven who reveals secrets, and He has made known to King Nebuchadnezzar what will be in the latter days” (Dan. 2:28, NKJV).

In short, Nebuchadnezzar saw a colossal, majestic statue that represented the kingdoms of the earth. Then a mysterious stone, hewn by invisible hands, struck the enormous structure and shattered it into absolute dust. A wind came and blew away all traces of it. What happened next is the key for our purposes today: “But the rock that knocked the statue down became a great mountain that covered the whole earth” (v. 35, NLT). 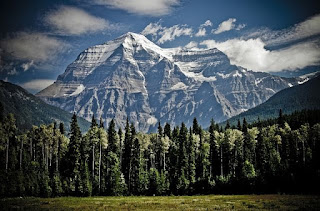 If this is a picture of “the latter days,” what do you imagine that mountain represents? What unbounded joy is ours, when we come to understand that this mountain is a symbol of the Kingdom of God taking over the entire earth!

God is taking over this planet, and there is absolutely nothing the devil can do about it. Now that, my dear friend, is the correct perspective with which to view everything that is happening in the world today.


Jesus is that stone from Nebuchadnezzar’s dream. He is the “stone that the builders rejected” (Acts 4:11). Through His birth, death, and resurrection, He knocked down and entirely obliterated the existing power structures on earth. The devil was disarmed, defeated, and humiliated. At that point, Jesus began to reign, establishing His rule here on earth. For this reason, His main message to the multitudes was, “The Kingdom of God has come! It is now in your midst!”

Jesus the Stone also issued this prophetic announcement about Himself, “On this Rock, I will build My church” (Matt. 16:18). When He ascended into heaven, the early church was born. The rock began to grow. From that time until now, it has continually increased in size and stature. What began as an embryo in Mary’s womb has gradually become a mountain of staggering proportions spreading out over the entire globe!

This was God’s answer to my question. “No, dear child, My faithful laborers on the earth today are not simply reinventing the wheel. With every generation that I bring forth, this mountain is towering higher and higher, getting ready to subjugate the entire creation.”

Isaiah, too, saw this far ahead of time and proclaimed through prophetic vision, “For unto us a Child is born… of the increase of His government and peace there will be no end” (Isa. 9:6a, 7a, NKJV). When was this ever-enlarging government slated to begin, according to his prophecy? “From that time forward, even forever” (v. 7g).

From the time this Child was given unto to us, the stone has been growing. It has ever since been expanding relentlessly in every direction. It has been aggressively acquiring massive dimensions. And according to this prophecy, there will be no end to its increase! There will be no point, ever, where the growth of His Kingdom dwindles, falters, halts, or even briefly pauses. He is taking over, and who can stop the Lord Almighty?


As the mountain of God’s Kingdom grows upward and outward exponentially, it occupies more and more territory. As a result, His enemies have less and less space in which to operate. They are agonizingly aware that their domain is constantly shrinking. Agitated and frantic, they know how short their time is. They are miserable spirits, existing as defeated, humiliated failures. Their wretchedness is made even worse by their awareness that their eternal torment in the lake of fire is swiftly approaching. 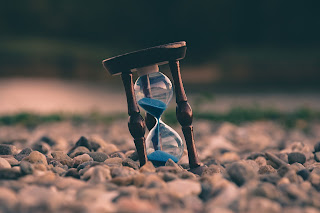 Every day that passes, they can see the sands of time falling through the hour glass. The increase of wickedness that you see on the earth today is simply the manifestation of their desperation. The wars, the rumors of wars, the hatred, the spitefulness, the perversion, the violence, the evil running rampant – all of this is their terrorized, panicked last attempt to delay their horrendously inevitable eternal destiny. They are clawing at the edge of the cliff even as they already feeling themselves falling into the abyss.

Should we, then, be intimidated by them? Intimidated by beings that know to their deepest core that their place is under our feet? Fearful of thwarted, vanquished creatures that tremble, grovel, cringe, and flee away before the glorious presence of the Lord of all creation? By no means, dear child, by no means! Far be it from us!

Jesus was speaking in earnest when He said, “See to it that you are not afraid.” He meant it. Those words He chose, “See to it,” put the responsibility on our shoulders to cultivate a lifestyle that is both valiant and free of fear.

The choice lies before us. Will we feed our spirits daily with only fear and vitriol, pathetically hypnotized by the allure of the screen? Or will we choose to run after God with unrestrained passion, pursuing Him as the all-consuming object of our appetites? Will we crave Him? Will we make Him our one thing?

The days are coming when this choice will mean life, or death. Let’s choose Him now, being filled up to overflowing with all the fullness of His mighty strength, channels of His majesty in the most glorious epoch of history ever to be alive!

The Lion of Judah is roaring – do you hear Him?